Currently mobile-nixos has no non-nix friendly installation method. The current method involves many annoying imperative steps that do not follow nix best practices. Eg. To install mobile-nixos the setup process has the following steps:

These steps imply users have knowledge of nixpkgs, nix-build and how nix expressions work for importing local.nix. To remove this barrier to the nix ecosystem, mobile-nixos requires an installer similar to the the one on desktop NixOS. Adding an installer to mobile-nixos gives users the ability to trial NixOS and the Nix ecosystem when they might have passed over the desktop distribution.

Creating an installer for mobile-nixos would require the use of the installer framework Calamares, the same framework used for desktop NixOS. 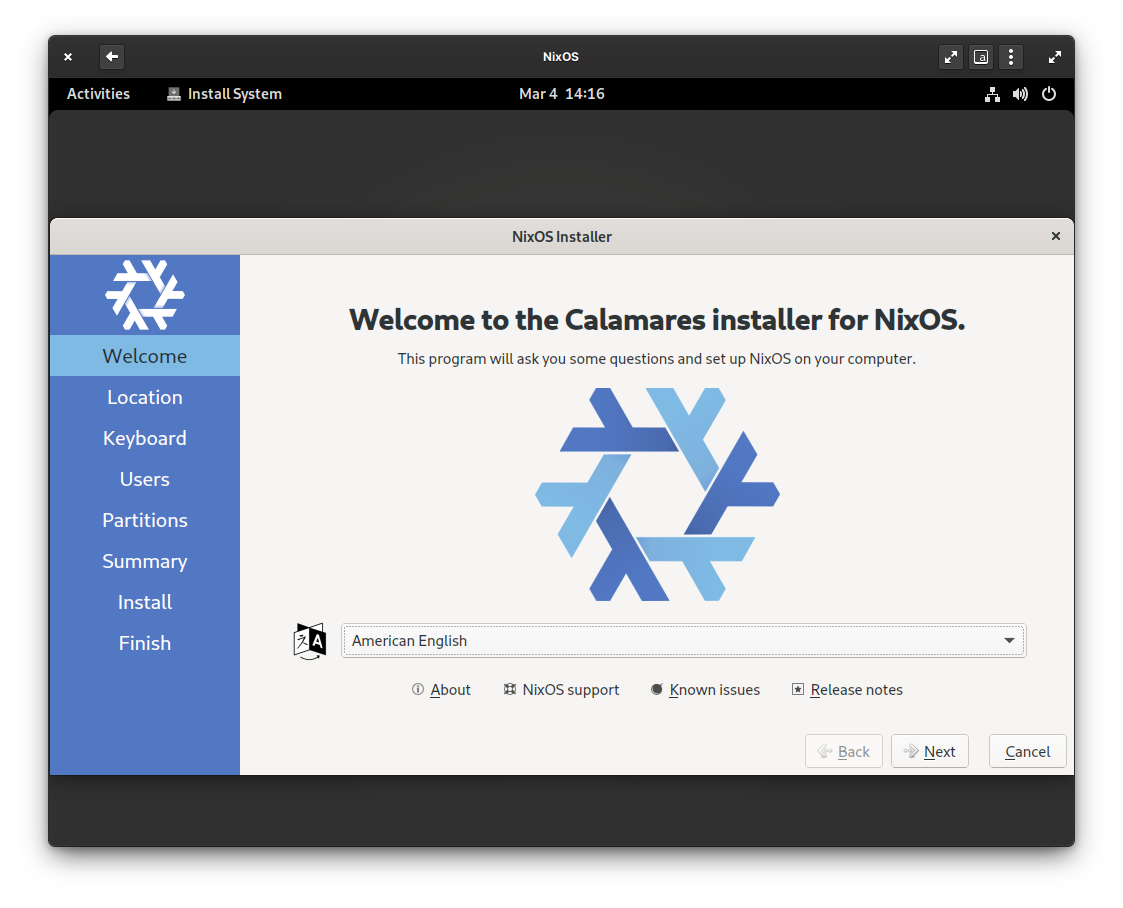 Calamares solves the problem of introducing new users mobile-nixos since provides an intuitive GUI to step users through the different configuration options when installing mobile-nixos. postmarketOS has already implemented a mobile Calamares extension which allows postmarketOS to capture users looking to use mobile friendly Linux distributions without a large barrier to entry. 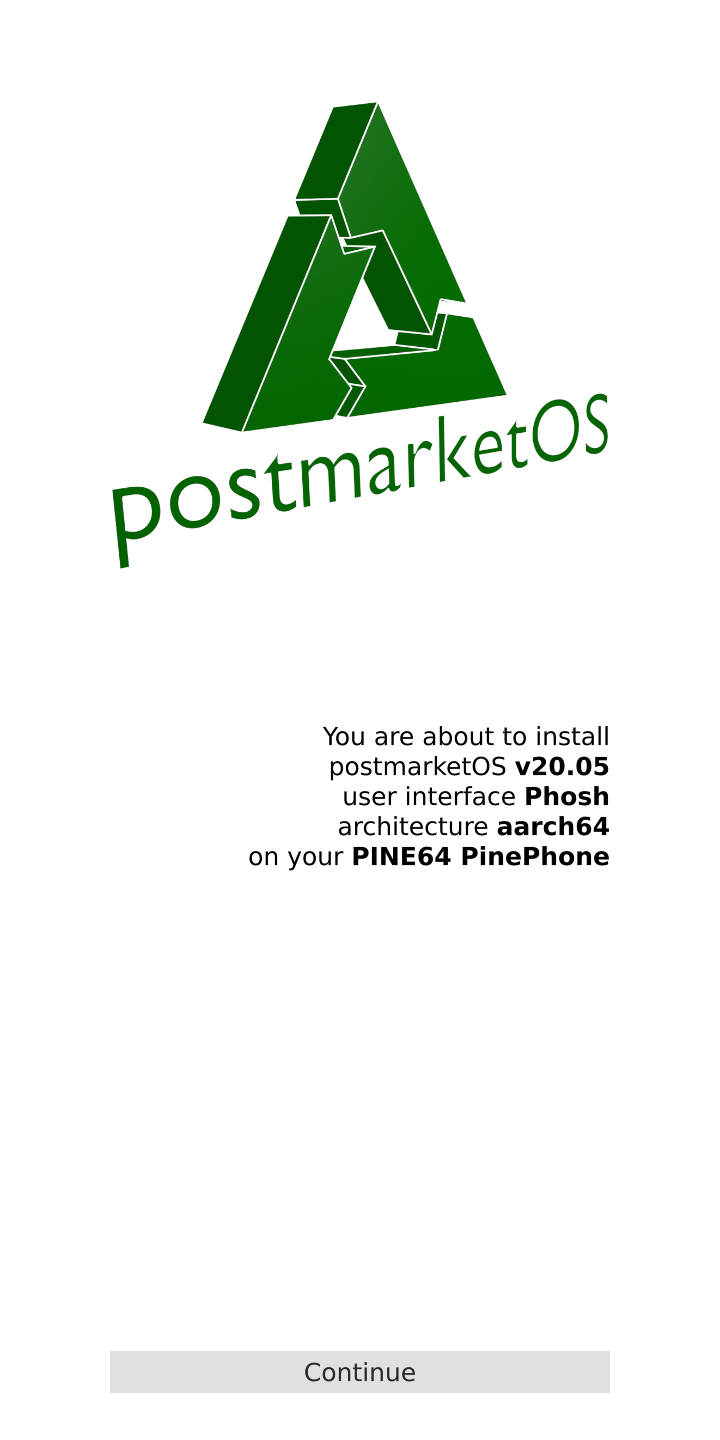 Deployer's must create Calamares modules to deploy their distribution. In the case of NixOS, modules are packaged in a Calamares extension which is then included in the NixOS installer image.

From a deployer's perspective, Calamares uses two methods of customizing the installer experience for the end user:

NixOS' Calamares extension includes a python job which is responsible for creating a new nix configuration file which contains sections of nix code which correspond with the user's choices when moving through the Calamares setup process. For example:

In the main.py file there is a string block corresponding to gnome being enabled:

which is eventually enabled with the following logic:

More information about Calamares python jobs can be found in the Python Modules section of the documentation.

The NixOS Calamares extension uses QML for the customization of it's viewmodule which handles the user interface and NixOS specific branding. In addition to the python module and the view module, the extension also includes the use of the following base Calamares modules:

Calamares also has C++, QML bindings to create modules that are a hybrid of job and views but unfortunately these bindings are currently undocumented; however postmarketOS has created a mobile extension that demonstrates this view+job module.

postmarketOS has also implemented the ability to load other OS' into using it's own device setup process however this process seems to add unneeded complexity when installing the target OS since it installs the target OS to the same disk where the installation medium lives. 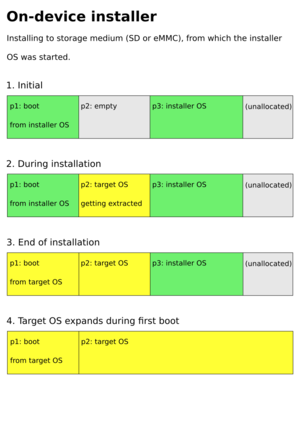